On Wednesday 30th of June Cheltenham Tigers had a return visit from John Dennison who is one of the founders of The World Rugby Memorial Project which was launched in 2015 jointly between Francourt Events his company and the Conseil Departmental l’Aisne in France.

The project had been the idea of John Dennison and Franck Viltart and the sculpture was made by former legendary France rugby captain and flanker, Jean-Pierre Rives. The location of the memorial is at Craonnelle in the heart of the former Chemin des Dames Battlefields that witnessed such bloody fighting and tragic loss of life. The World Rugby Memorial was unveiled on September 16th 2017 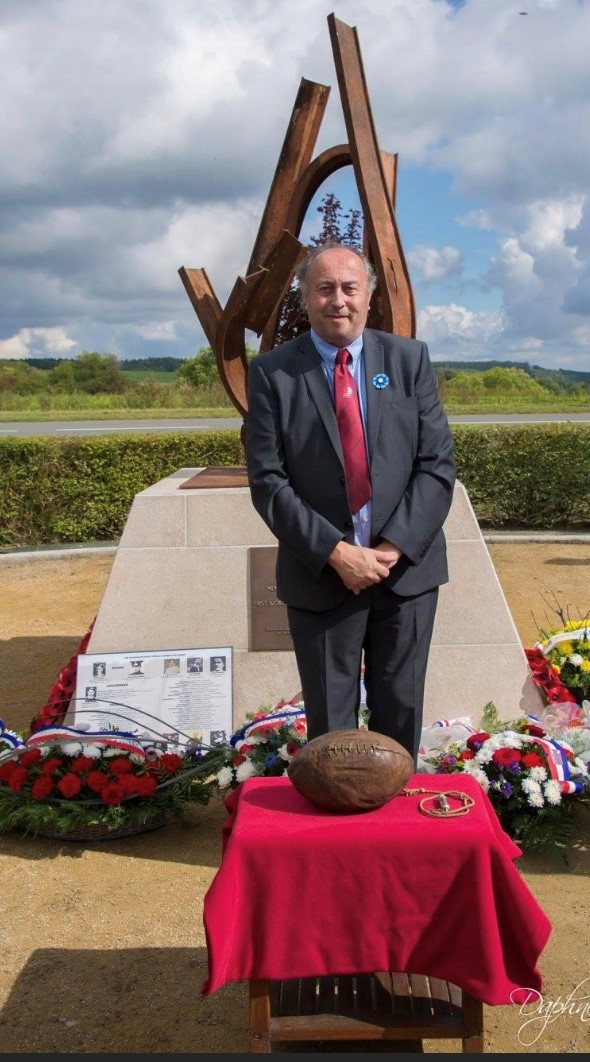 John spent the early evening looking through the pictures and information the club has about their own players role in the great war and other conflicts which was compiled by the late John Woodward who he knew very well and he said he was saddened to hear of Woody’s passing and it is through his attention to detail he made Cheltenham’s historical records something to be envied.

Alongside the memorial has been produced a Book of Remembrance. This on going project is designed to capture the names of as many rugby players as possible who lost their lives in World War One.

On behalf of Cheltenham R.F.C. I will be putting some names forward of the past Cheltenham players who fought on the Somme to be recorded in the book of remembrance. John also spoke about how his aim was to build a lasting memorial dedicated to the rugby players of WW1 and this has now been extended to the memory of all rugby players who lost their lives in conflict. 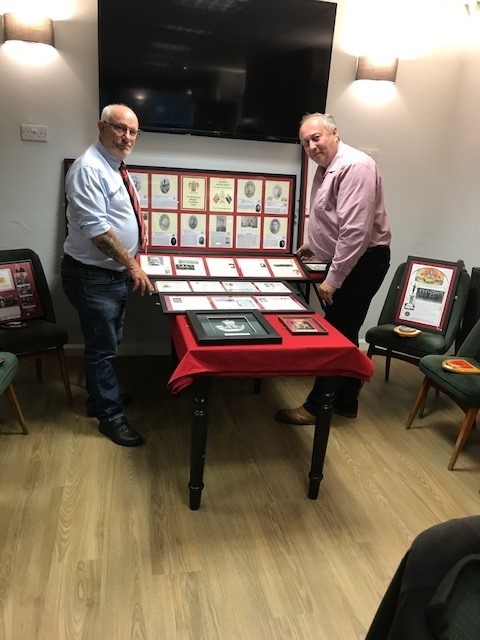 The evening concluded with John telling me that as part of his quest to keep the memory of past players alive Johns Company FRANCOURT EVENTS organise rugby tournaments and tours for all age groups from mini and youth teams both boys and girls teams through to Vets teams from across europe and the UK and this can also be linked in with battlefield/wargrave visits to see where rugby players fought and fell.

In the autumn of 2021 John is hoping to restart the Armistice International Rugby Festival at Compiegne in France. This four day event is part of the World Rugby Memorial project and is open to boys age groups under 15/16s and under 17/18s 15 a side rugby matches and girls age groups under 15/16s and under 17/18s rugby 7s matches. For younger age groups there is an invitation to take part in the Crowned Mountain Festival 2022 in Laon (u11 to u14). Both festivals provide an opportunity to meet and play against European opposition, while also offering players the opportunity to understand the heritage and history of the club.

He is hopeful that when Covid travel restrictions are eventually lifted and normality returns, then maybe Cheltenham RFC would be able to organise entering some teams possibly 2022 or 2023. He also said an adult team would be made most welcome if ever they wanted to do a tour to France in the future. 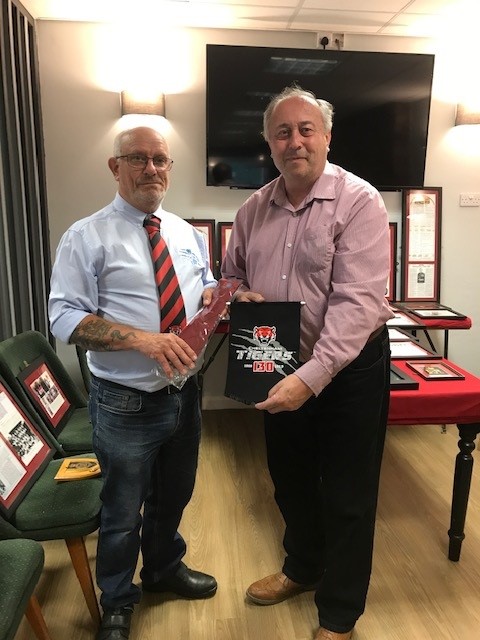 Before his departure John had a short tour of the facilities that are now available at Newlands and was extremely impressed with the AGP pitch and new changing room block. He finally asked for his thanks to be passed to the club bar staff for being so welcoming and attentive throughout the evening and he looks forward to visiting again one day to the newly refurbished clubhouse.